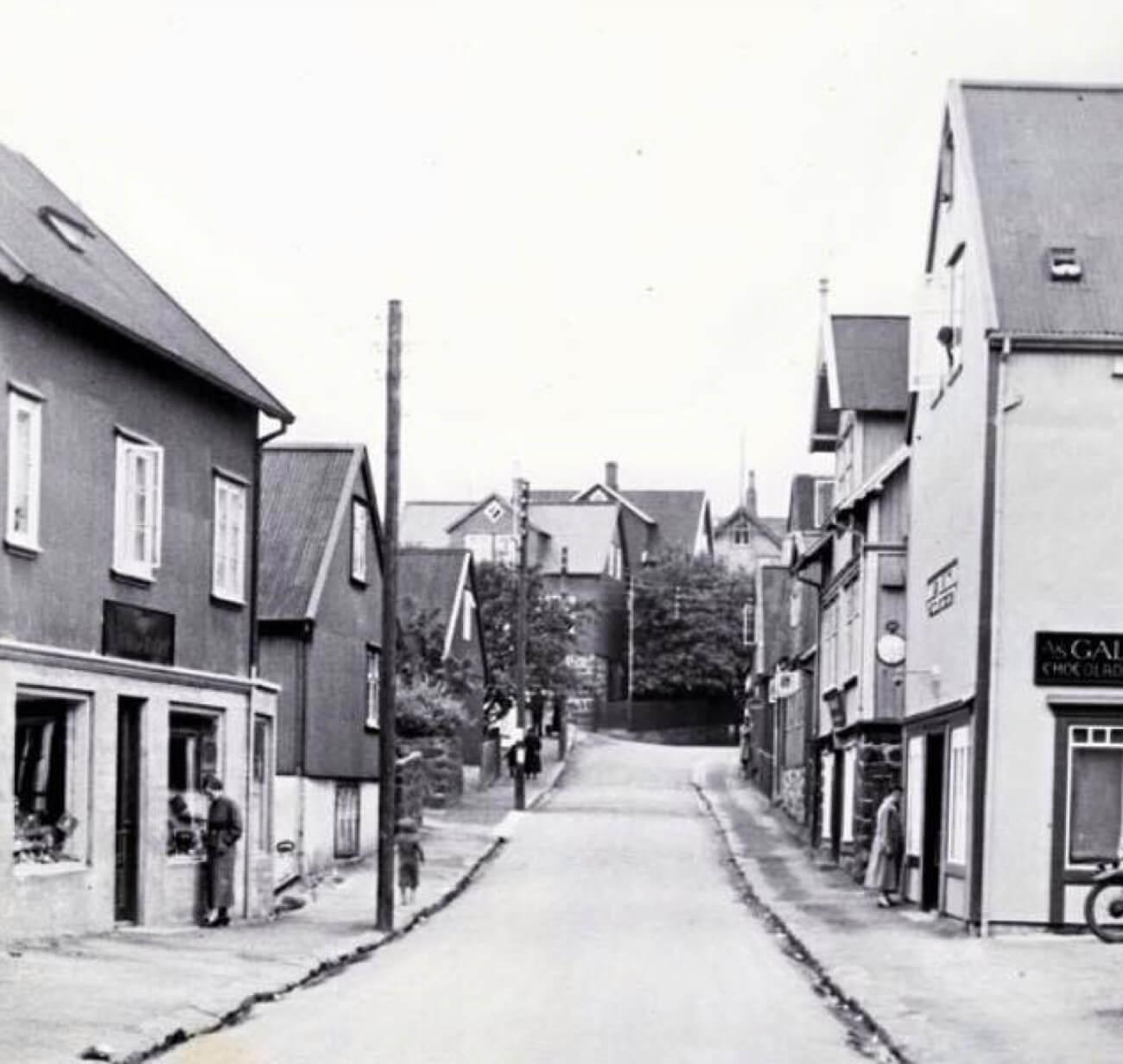 In the very heart of downtown Tórshavn, there is a 100 years old white three-story house. For the last twelve years, this has been the creative nest and flagship store of Guðrun & Guðrun. The house was built around 1900 by a man called Hans í Funningsstovu. As he and his wife were childless, the house was not inherited as often but sold in the 1940s to this extraordinary Austrian personage called Bugatch. He opened a store called Wienerbabazar. And what a store.

My father was a child living next to the store in the 1950s. He can tell about his memory of Bugatch digging behind the genuine furs to fill petroleum in the gallons for the costumers to use in the households. The store also sold glassware and stools and various goods that nobody could imagine could be sold in the same store. He told the kids in Faroese, ”heim at siga við mammu nógvar pengar aftur hjá Bugatch” meaning that the kids should go home to their moms telling them they could save good money buying at his store. The story goes that he had a world map in the window with needles showing the frontline. The English soldiers stationed on the Faroe islands were frustrated that he knew more than they did about the development in the war. They believed him to be a German spy.

In later years there have been stores with gramophones and LP’s, and in modern times it has been everything from a yarn store, in the ’80s a very forward-thinking fashion store, an information centre and even a debt collection until we moved in in 2010.

We dream of bringing the house into a new era and bringing glory to this fantastic story. Below are some sketches of proposals for what the house and our store could look like in the future.