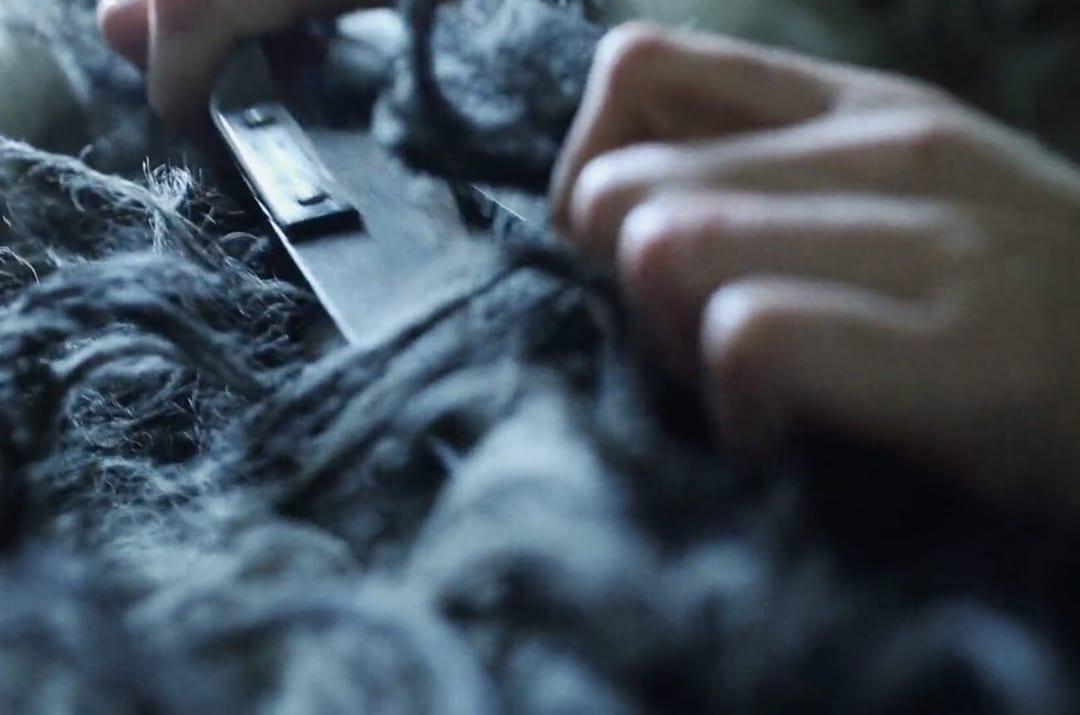 Let’s imagine the invention of a new fabric; a new fibre with a seemingly miraculous range of properties. a fabric that grows independently, only needing grass and water.

The criteria for this new fabric would be that is was an excellent insulator that remains warm even when wet.

It should be odour resistant and self washable

It should be a global environmental resource – versatile, sustainable, renewable and natural – but also as a global fashion resource of the highest quality, with a natural elasticity that makes it easy to care for and a cell structure that allows it to adapt to its environment, making it cool to wear in summer and warm in winter.

Surprising as it may seem, such an extraordinary and versatile material has existed for a very very long time. Perhaps because it isn’t ‘new’ and hasn’t needed to be invented, we seem to have rather lost sight  of the much bigger contribution that wool could, and should, be making in our lives.

Wool grows naturally. It requires only grass and water as raw materials. In the Faroe Islands the sheep are living independently on the mountains all year round, living on unfertilised grass and their lives are only interrupted when needed; when medicine has to be given, when it’s time to shear them and when part of the stock has to be taken for food.

To ensure their survival in harsh weather conditions and changing seasons the sheep depend up on the abilities of the wool. The natural fatty substance found in wool called lanolin, and a cell structure that allows it to adapt to its environment, is what makes wool an excellent insulator that remains warm even when wet, cool in the summer and warm in the winter.

When the wool is left untreated and undyed the natural qualities like the lanolin and cell structure are left intact, leaving you with a product that adapts to its environment.
A sweater that keeps you warm in the winter, cool in the summer and warm even when its wet. A sweater with a substance that makes it odour resistant and self washable.

To prove some of the amazing traits of wool, prince charles of wales, an untiring advocate of wool himself, once did two tests in his Campaign for wool.
In the tests, synthetic and woollen sweaters were pitted agains each other in a tests of fire retardancy and sustainability.

In the first test, synthetic sweater produced a dramatic and disconcerting blaze, while their woollen counterparts merely smouldered in relative safety.

In the second test, two sweaters were buried in a flower bed. Six months later, an exhumation revealed an intact synthetic jumper, fit indeed to be washed and worn, while the woollen sweater had quietly and usefully biodegraded itself away to nothing.

Unfortunately wool hasn’t had a great couple of years. A few years back, prices for wool were drastically dropping. so much so that the price for wool didn’t even cover the cost of shearing the sheep. In the Faroes it was cheaper and easier to burn the wool instead of selling it…

The decline in price was because clothing and textile manufacturers were using less wool and, instead, choosing synthetic fibres for clothes and carpets.

Maybe it’s because wool has pretty much always been around, that we don’t appreciate it enough. We take it for granted.

here at guðrun & guðrun we want to make a difference. our vision is very simple and yet very ambitious. we want to make clothes that live up to the standards of conscious customers that care about the environment, each other and our common natural resources, yet still wanting to be stylish.